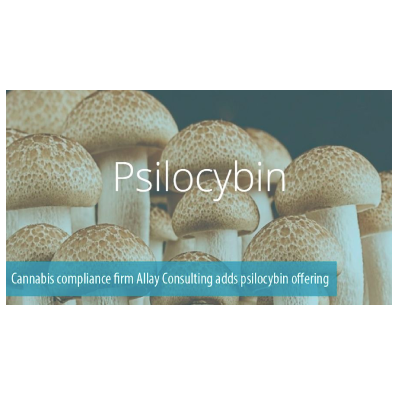 In November 2020, the citizens of Oregon voted to legalize medical psilocybin – a psychedelic drug produced by psilocybin, or “magic,” mushrooms – as well as decriminalize it for recreational use. The law comes into effect on February 1, 2021.

Meanwhile, four cities have decriminalized the drug as of January 2021: Denver; Oakland and Santa Cruz, CA; and Somerville, MA.

Psilocybin, of course, remains illegal at the federal level, despite a nascent movement toward legalization and decriminalization at the state and municipal levels.

In this environment, boutique cannabis compliance firm Allay has launched a psilocybin division.

“Even if psilocybin sales are a couple of years away, as the cannabis and hemp industries have taught us, having regulatory compliance baked into the business model’s DNA is a key differentiator for long-term success and scalable growth,” said Kim Stuck, founder and CEO of Allay.

Stuck founded Allay in 2017 in Denver, after spending three-and-a-half years in the city’s public health agency, where she was a public health investigator specializing in the marijuana industry.

Stuck has since moved Allay to Portland. The consultancy currently has five team members, according to LinkedIn.

The firm has experience working with hemp and cannabis cultivators, manufacturers, retailers, and investors to drive compliance across operations. Areas of expertise include OSHA and fire compliance, product and food safety, cGMP and ISO certifications, and due diligence audits.

“We’re accustomed to working in emerging industries and understand the challenge in preparing for regulations that have yet to be created,” Stuck added.

The THC-cannabis and CBD-hemp markets are incredibly fragmented in terms of regulation – contributing to dampened industry investment. Cannabis is – in various forms – legal for medical use, legal for recreational use, decriminalized, or illegal at the state level. It remains a Schedule 1, illegal drug at the federal level.

Hemp, meanwhile, is legal at the federal level as a result of the 2018 Farm Bill. Hemp-derived CBD is still prohibited by the FDA, however, and state and local authorities maintain their own laws for hemp and CBD. For example, hemp is illegal in Idaho, Iowa, and South Dakota. But even in states where CBD and hemp are legal, local health departments may prohibit the sale of CBD food and beverages.