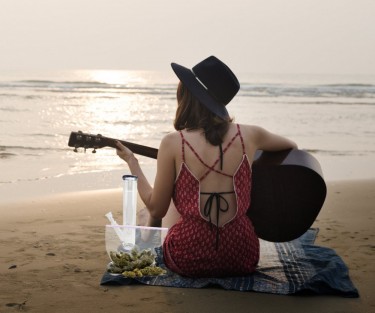 It’s taken science several decades to discover that stoners have known for thousands of years – “Smoking weed makes you chill more”. While for the average cannabis consumer, this is “not anything new”, it’s a breath of fresh air to have researchers looking into the positive effects of cannabis for a change.

Researchers at the University of New Mexico assessed the effects of cannabis inhalation on feelings of irritability, anxiety and stress. The sample group of 670 people were assessed for a period of 9-months. A 95% decrease in severity of symptoms was reported by the subjects after inhaling herbal cannabis.

Researchers reported, “On average, respondents recorded a maximum symptom intensity reduction of 4.33 points for agitation/irritability, 3.47 points for anxiety, and 3.98 for stress on an 11-point visual analog scale.” – SOURCE

What the researchers found was that THC played a far more significant role in reducing the severity of these feelings whereas CBD were generally not associated with changes in symptoms.

They found that the higher the THC levels, the greater the decline in symptom severity.

“The findings suggest the majority of patients in our sample experienced relief from distress-related symptoms following consumption of Cannabis flower, and that among product characteristics, higher THC levels were the strongest predictors of relief.”

There’s this notion that medicine is not supposed to get you high. While in theory, this is a good idea – especially when we’re talking about medicine such as opioids where ‘over-consumption can lead to death’ – when it comes to cannabis, the euphoria might very well be the thing that helps people get through their “ruts”.

Think about it this way. You’re pissed off because some douchebag cut you off in traffic, making you spill your coffee – the one you’ve been waiting for all day – and now, you’re pissed off!

If you’ve ever been “pissed off” – you know how difficult it can be to become “not-pissed off”. No matter how hard you try, your brain continually cycles back to the moment of offense and then reinitiates the anger-algorithm.

Not many things can throw you out of this train of thought – but when you consume a bit of highly potent THC – the stream of anger is disrupted by a stream of euphoria.

Suddenly, the ‘issue’ you are angry at seems less important. You’re able to let go of the core problem and allow the anger to slowly dissipate.

It was the euphoria that allowed you a moment of separation from the act that provoked the anger – allowing you to let go of the act itself. Besides, being angry at something after the fact is merely you being anger at a picture in your mind.

Sure, the act ‘happened’ to you – there is no doubt about that. However, being angry after the fact is literally you replaying the act in your mind – sort of like a mild form of PTSD.

Cannabis, helps disrupt these mental issues and induces a more “plastic state” within the brain. This allows you to shift your perspective and resolve the conflict faster.

Apparently, the same happens with irritability, anxiety and stress. However, it’s important to note that this is temporary.

Many people turn to cannabis to deal with stress, anxiety and irritability or agitation. As we know, cannabis has a positive effect in terms of disrupting these states of consciousness. Except, it’s similarly important to understand that the disruption is a temporary state of affairs.

Cannabis will give you the window of opportunity to “deal with the issue”, but if you decide to only experience the decrease in intensity of symptoms – you won’t deal with the root cause of the issue. This means, you’ll be suppressing the symptoms without dealing with the issue.

While suppressing symptoms sometimes is a good thing, numbing yourself to it will only lead to perpetuating the actual issue.

This means that when you smoke marijuana for things like anxiety, stress or irritability – it should be accompanied with an active approach of resolving the causes of these symptoms. Cannabis gives you the space to work through these issues without being subjected to the whims of the condition itself.

Sometimes, when you feel the anxiety claw at your throat – let it claw. Become mindful of it, ask yourself, “What are you supposed to learn from this feeling? When was the first time I felt this feeling?”

If the symptoms do not allow you ask these questions, then smoke a bit and deal with it again. Cannabis can help you create some distance between you and the problem allowing you to deal with the issues at hand.

I mean – you could simply treat the symptoms with cannabis and be okay – but I think that people who suffer from anxiety, stress or irritability would much rather prefer to rid themselves of the issues altogether. One tool in your arsenal is cannabis – but you still have to do the work yourself.

THC TO CHILL OUT, READ MORE… 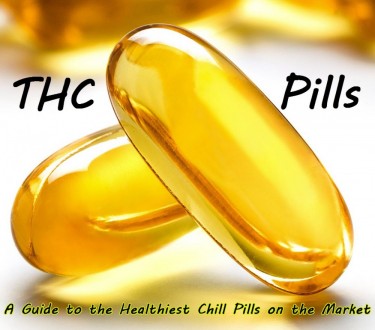 HOW THC PILLS ARE HELPING A NEW GENERATION CHILL OUT! 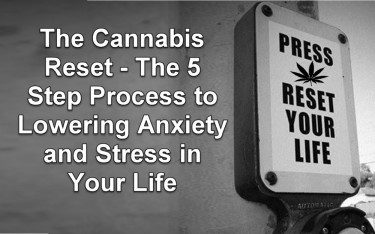 CANNABIS RESET – HOW TO RELEASE STRESS IN YOUR LIFE WITH WEED!