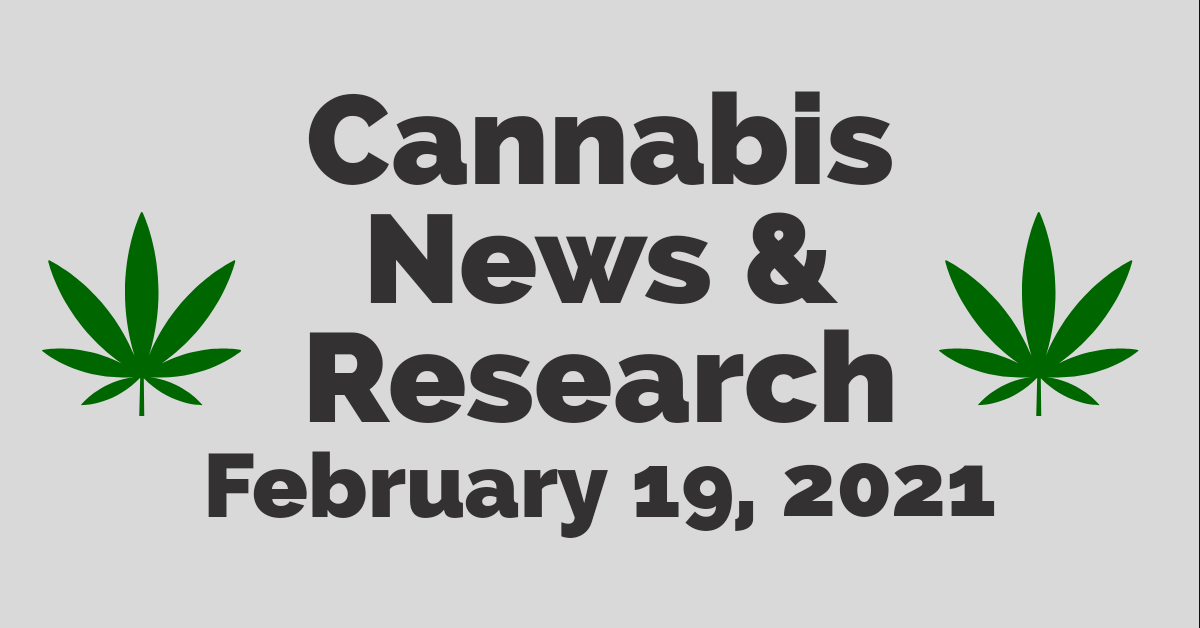 This week’s cannabis news consists of updates for Mississippi, Wisconsin, North Dakota, Michigan, and Pennsylvania. President Biden’s administration does not seem to want to relax their stance on cannabis but U.S. cannabis jobs are at an all time high.

A Colorado dispensary was being audited by the IRS and the IRS used the Colorado Marijuana Enforcement Tracking Reporting and Compliance system that tracks cannabis sales to determine that it was in violation of its tax reports. The dispensary was attempting to lower its tax payments using a deduction rule called Section 280E but it was denied. This means dispensaries do not get the same benefits as other businesses and it makes it hard for them to profit.

Despite President Biden’s campaign promises that he would soften marijuana laws and try to deschedule or decriminalize cannabis, his administration directly responded to this case and said that, “Marijuana is listed on Schedule I of the Controlled Substances Act… without any exception for ‘state-legal’ marijuana… Such activity violates federal law even when it does not independently violate state law (and even when it is affirmatively permitted by state law).”

The case is disappointing because it shows that the federal government is still holding strong to its outdated views of cannabis and the Biden administration has not changed its stance compared to previous administrations.

A report by Leafly shows that there are now 321,000 full-time cannabis jobs in the United States. The industry is supporting a growing number of employees. To put this into perspective, there are more people in this industry than electrical engineers, EMTs or paramedics, and dentists.

The bill has to now be passed in their House of Representatives to be finalized. The initial Initiative 65 that was passed by voters is still being contested in the Mississippi Supreme Court after being challenged by Madison Mayor Mary Butler. She is trying to toss out the entire initiative.

Governor Tony Evers of Wisconsin is attempting to legalize recreational and medical marijuana as part of a 2021-2023 budget. The proposal is expected to bring $165 million annually after 2023.

A new bill will allow medical marijuana patients to purchase edible products for treatment of their qualified conditions. The only problem is that the products are lozenges with no more than 10 milligrams of THC. This is a very small amount and will probably cost the patients a lot of money for a medicine that is not very useful. Contrast that with products in California and other states that can contain hundreds of milligrams of THC. This shows how regulation typically worsens patient care when it comes to medical marijuana.

Medical marijuana patients who are on probation can no longer be blocked from doing so according to a recent court hearing. This is very appropriate because blocking people who are on probation or parole from using a medicine that helps their conditions is just plain wrong.

In a disappointing verdict in Allegheny county, Andrew Reed sued the county for discriminating against him for being a medical marijuana patient and denying him a position as a corrections officer at the Allegheny County jail.

Act 16 in Pennsylvania states that no employer may discriminate against, fire or refuse to hire an employee solely because of their status as a medical marijuana patient. However, Allegheny county stated that this was not why he was denied the job. Instead, he was denied because he failed his urine drug screen. This doesn’t make any sense because he failed the test for that exact reason. Medical marijuana patients test positive on drug tests because they are using cannabis to treat their qualified conditions.

The county also said the nature of the job requires a higher level of standard since he would be monitoring criminals for federal and state criminal charges.

Mr. Reed should file another appeal with the state supreme court because this ruling goes completely against the Pennsylvania medical marijuana act.

Make sure to check back next week for more updates so you stay informed about how cannabis is becoming legalized across the states.

If you are a patient, check out our Cannabis Education section which keeps getting updated with new articles. We are working on a detailed article on dosing cannabis that should be out next week.