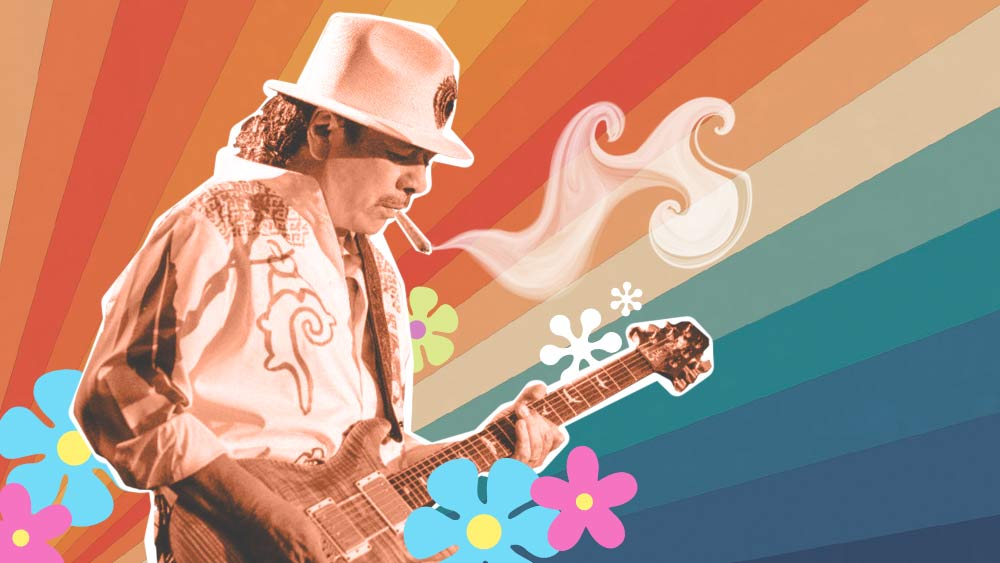 Legendary guitarist Carlos Santana has launched a new line of premium cannabis products inspired by his Latin heritage and long-time love of meditation and spirituality.

Created in partnership with Left Coast Ventures, Mirayo by Santana should help guide consumers “on their path to discovering their divine light,” according to a press release released this week.

The ten-time Grammy Award-winning musician’s cannabis line is centered around Santana’s personal philosophy and targets marijuana consumers interested in the spiritual effects of the plant. With this in mind, Santana decided to name the brand Mirayo, meaning “my ray” in Spanish, “which honors Santana’s heritage and hopes to empower everyone to ‘follow [their] light.’”

­­­­­­­­”In my experience, cannabis has special properties that enhance meditative reflection and creative expression. It can dispel negative doubt to reveal the everlasting gift of our uniqueness. With Mirayo, I hope to help people use cannabis as a door to a more benevolent behavior like kindness and compassion,” Santana shared, who also claims that cannabis has been a traditional remedy in his family for generations.

According to the icon, his mother would make salves from the cannabis plant to relieve pain, while Santana himself has advocated for the legalization of marijuana on numerous occasions.

Left Coast Ventures, based in Santa Rosa, California, has previously launched the cannabis brands of other prominent musicians, including Mind Your Head™, with Grateful Dead drummer Mickey Hart, and Marley Natural™, a collaboration with the Bob Marley estate, positioning itself as an appropriate partner for the renowned guitarist’s entry into the marijuana industry.

Santana also recently launched his own coffee company – the Carlos Santana Coffee Company. A portion of every purchase from Santana’s coffee line goes towards the musician’s charitable Milagro Foundation.

Commenting on the partnership, Left Coast Ventures CEO Brett Cummings said that the line of cannabis products by Santana celebrates the plant and “its place within Ancient Latin heritage,” as evidenced by the visual identity of the products.

Featured in the Mirayo by Santana collection are 5-packs of 0.5 gram pre-rolls and 7-gram jars of whole flower. These products are classified into three groups, according to the “category of consciousness.” Users are encouraged to pick a strain based on their “mind-body energy flows.”

Radiance is a sativa, described as the go-to product for “inspiring creative expression.” Symmetry is a hybrid strain, which the press release says was designed to “harmonize the inward and outward, mind and body.” Finally, there is Centered, an indica created to “nudge users toward inner peace… and transcendence of the physical state.”

A fourth CBD-rich strain, dubbed Essence, is yet to be released, but the company describes it as the perfect product for “dispelling the veil of stress from the mind and body to inspire clarity and calmness in your divine light.”