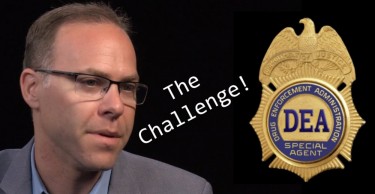 Kris Krane recently had one of his articles published on Forbes. If you’re not sure who Kris Krane is, he was one of the founders of Students for Sensible Drug Policy. He’s been a long standing cannabis advocate and have debated DEA agents about their drug policies.

In other words, Kris and people like him are the reason that so many of us can experience legal cannabis where we live. He also is a cofounder of 4Front – a firm that helps invest into legal cannabis enterprises.

Now that you know a bit more about Kris, let’s introduce the Former DEA Agent he’s issuing the challenge to.

The person in question is Robert Stutman. On his website you can read the heading;

Taking to the front lines of the drug wars, Bob Stutman made a 25-year career as one of America’s highest profile drug busters. Bob, as head of the DEA’s New York office, the administration’s largest, had become so visible, a Colombian cartel had at one time targeted him for assassination. – Source

However, I also like how Krane related about Stuman:

For those who are familiar with Stutman, he was not your run of the mill DEA agent in the field. He rose through the ranks of the organization to become agent-in-charge of the DEA’s field office in Boston and New York City, arguably the highest ranking job at the agency outside of the head DEA Administrator. Robert went on to form The Stutman Group, which consults with companies and municipalities on drug addiction and setting up drug testing programs.

Now that we’ve met both of our main characters – let’s get down to the conflict.

Why Krane issued a Challenge to Stutman

Krane starts his article conflicted about the recent change of heart by Stutman. In an Op Ed piece posted on The Hill, Stutman spoke in favor of rescheduling cannabis;

“So, it was with a sense of irony and guilt that I recently agreed to my doctor’s suggestion to try medical marijuana. I was suffering from back pain after three back surgeries; the pain was so great that I could hardly walk or sleep. Other medications, including opioids, have not worked. But after taking a marijuana extract, the pain disappeared. I got my normal life back.

To treat my back pain, I can legally use opioids — drugs that kill tens of thousands of people a year. Yet I feel guilty about breaking a federal law against using marijuana, a drug that has never, to my knowledge, caused a fatal overdose.

How long will the DEA continue this absurdity — one that flies in the face of public opinion, growing scientific research and human experience?” – [Source]

While Stutman is arguing to de-schedule cannabis – he’s opting for Schedule II and if you’ve read my article on that idea, I don’t need to say anything else.

This caught Krane off guard. Here, his public antagonist is advocating in favor of cannabis, albeit for the pharmaceutical wing. Could this be a genuine change of heart, or – like so many other former prohibitionists – could Stutman really be pushing legalization because he stands to gain something?

Unlike John Boehner, who did become a CEO of a cannabis company after helping lock people up, Stutman’s change of heart was forged through the medical efficacy of cannabis in his life. So that’s a relief.

Nonetheless – Krane decided to offer Stutman a challenge to solidify his ‘change of heart’ and make amends with the very people he was hunting for decades.

Here’s the official challenge to Stutman;

“Back when Robert and I were on that debate stage in Orlando, I told the audience that I was there because I fully believed in the cause, and that every dollar of the speaker fee I received was donated directly to Students for Sensible Drug Policy. I challenged Stutman to demonstrate his similar passion for prohibitionist causes by pledging to donate his honorarium to the anti-drug organization of his choosing. He laughed at the suggestion and ignored the challenge.

So I am going to renew my challenge, only now in support of a cause that he and I both believe in. After reading Stutman’s article, I bought the rights to CBDEA.us. I am sure he would agree that should he ever decide to enter the CBD industry, a DEA lifer like himself could never come up with a better company name than CBDEA.”

This is a noble challenge and of course – CBDEA is a badass domain name, so I think, if Stutman was going to be getting into the CBD game – that he should totally take Krane up on his offer.

As for 2021 – let’s hope that these kinds of stories continue to flow out direction. The world simply became a bit more interesting with two “old rivals” still at it in a sense – even though they now find themselves on the same side of the isle.

Kris is a friend of Cannabis.net and we let him preview the article before it was published and he wanted to update everyone on how this “challenge” is going.

As a quick follow up, I actually reached out to Stutman after this was published. We had a brief e-mail exchange where he said that he liked and appreciated the article and that I said many things about him that he would say about himself. He did confirm that he has no financial interest in the industry and no plans to get into it, so not sure he’ll be taking me up on my challenge for the url. But we are now scheduled to have a phone call later this week, and he also agreed to come and be a guest on one of the podcasts that I do, so there will be more follow up. Stay tuned on that front…Thanks for getting this more attention. Appreciate your work! 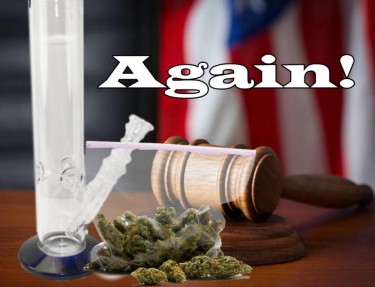 THE DEA GETS HIT WITH ANOTHER MARIJUANA LAWSUIT, READ HERE!