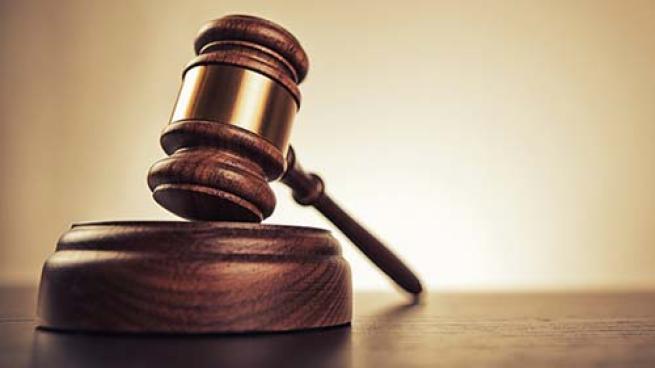 Biofuels — Legislation was introduced Feb. 8 in the Iowa state legislature to move the state to overall higher biofuel blends, including offering E15 statewide by 2025 and updating the E15 promotion tax credit to $0.03 per gallon year-round. It is estimated that the legislation would increase ethanol demand by more than 117 million gallons over the first five years.

“Iowa is often known as one of the country’s standard-bearers for ethanol policy, and this move to statewide E15 offerings solidifies their status as leaders in growing Iowans’ access to cleaner and better value fueling options at the pump,” said Emily Skor, CEO of Growth Energy, which represents ethanol producers. “Because of the continued support from Iowa biofuel champions like Governor Reynolds, the E15 legislation introduced in the Iowa state legislature is a big step to offering higher biofuel blends to more and more Iowans and Americans.”

Skor noted that a recently released study published by the Environmental Research Letters found that if the United States transitioned from E10 to E15, greenhouse gas emissions would be lowered by 17.62 million tons per year, the equivalent of removing approximately 3.85 million vehicles from the road.

“Iowa’s E15 goals will not only offer a more affordable fuel alternative to drivers but will also play a large part in our country’s efforts to decarbonize the transportation sector,” she said.

Commercial Property Taxes — A bill has been filed in the Kentucky House of Representatives that would drastically increase property taxes for thousands of property and commercial property holders, including small businesses, across the state. House Bill 135 would change how property value assessors (PVAs) can assess various property, including commercial property, at the “highest and best use” rate and targeting business owners in the process, according to the Kentucky Retail Federation (KRF).

The KRF announced opposition to the legislation for several reasons:

Forced Security — Some convenience stores in Jackson, Miss., will soon be required to have security guards after the city council approved an ordinance requiring 24-hour c-stores to have security personnel in place between the hours of midnight and 5 a.m.

All other gas stations located in the Jackson corporate limits will be required to adopt a security plan and file it with the city within 100 days of the ordinance’s passage.

The council unanimously approved the measure days after a deadly shooting at a Jasco gas station in the city, according to a WBLT report. In early February, two men were killed in a Sunday afternoon shootout at the gas station.

“What we have to do is make sure these stores are safe,” said Ward Three Councilman Kenneth Stokes, who introduced the ordinance. “Safety has to be our primary issue now. We need to make sure people are safe and make sure what happened at the Jasco never happens again.”

Two council members raised concerns that the ordinance could force gas stations to close during the hours that security is required and warned that fewer service stations may be available for people traveling during those overnight hours.

Stokes acknowledged the potential closings, but stated, “It’s our job to protect the citizens, not the store owners. If they have a problem with it … they can sue.”

Extended Producer Responsibility — The chairs of the New York State Senate and Assembly environmental committees introduced legislation to mandate “extended producer responsibility” (EPR) for packaging made from plastic, cardboard or paper (excluding beverage containers). EPR is an emerging concept designed to relieve counties and cities of cost burdens of recycling.

Producers of certain products would be barred from selling them in New York unless they join a state-approved, privately funded “producer responsibility organization” that diverts their packaging away from municipal recycling streams by creating their own systems for recovery, such as curbside collection, depot drop-offs and retailer take backs. According opponents of the legislation, if enacted, it would impose new cost and logistical burdens on c-store suppliers, driving prices higher, and could further clog the back rooms of small stores with additional plastic packaging materials awaiting eventual pickup.

CBD Regulations — The state of New York informed New York retailers that sell CBD products they must apply for a license at a fee of $300 per year, though it has not yet adopted the regulations expanding the range of CBD products that retailers can sell under such a license. Retailers will continue to be restricted to an extremely limited CBD inventory until regulations are finalized, likely sometime in May.

Legalizing Marijuana, Sports Betting — Governor Andrew Cuomo and the state legislature are expected to legalize both sports betting and the sale of marijuana to adults in the new state budget, due April 1. However, according to legislative leaders, convenience stores will not be allowed to sell marijuana or offer sports wagering kiosks despite their proven success in selling age-restricted products, reported the New York Association of Convenience Stores.

Local Update — Philadelphia Councilmember Kendra Brooks introduced the 2021 Public Health Emergency Leave Bill, Ordinance No. 210122, which would reinstate the immediate availability of two weeks’ worth of paid sick leave for Philadelphia workers. The city’s 2020 ordinance expired at the end of December.

The ordinance is largely modeled on sick leave legislation passed in Pittsburgh at the end of 2020. It would provide eligible employees 80 hours of leave for use of:

Eligible workers include those working at covered companies within Philadelphia, those who used to work in the city but are telecommuting, and individuals who otherwise spend 51 percent of their time as employees in Philadelphia.

The ordinance would apply retroactively to Jan. 1, 2021, and remain in effect through one week after the end of the state’s disaster emergency proclamation. At time of writing, it had not yet been scheduled for a hearing.

The Pennsylvania Food Merchants Association noted it has concerns about the new paid leave proposal and is working with city council on the issue.

State Update — Pennsylvania’s annual budget process formally began in February, following the release of Gov. Tom Wolf’s budget proposal early in the month. Legislators in the General Assembly are now holding appropriations hearings with state agencies to drill down into the administration’s Fiscal Year 21-22 priorities. At the top of the list is the governor’s proposal to increase the state minimum wage to $12 per hour effective July 1, 2021, with annual increases of 50 cents until the minimum wage reaches $15 per hour on July 1, 2027.

Pegged at the federal level of $7.25 per hour, Pennsylvania has the lowest minimum wage among its regional neighbors. It has been at that level since the federal rate was adjusted in 2009, and the state by itself has not increased its minimum wage since 2006. Gov. Wolf and legislative Democrats have advocated a minimum wage increase for a number of budget cycles, but Republican majorities in the state House and Senate have so far resisted these pushes.

The state’s Independent Fiscal Office, charged with providing unbiased financial projections to members of the legislature, has reported that raising the minimum wage would stimulate economic growth but come at a cost to employers. It conducted a study in 2019 of a theoretical increase to $12 an hour and determined it would increase tax revenue by $50 million but also reduce labor opportunities by 27,000 jobs.

PFMA stated that it opposes an increase in the minimum wage to $15 per hour but is open to working with legislators and the governor on a more reasonable figure.

Section 8 of the Act, one of the strongest COVID-19 liability shields in the country, does the following:

The Wisconsin Petroleum Marketers & Convenience Store Association thanked its members who took the time to contact their legislators and urge them to support these critical protections.

PPP Deductions — Gov. Evers also signed into law a bill that will allow businesses to deduct allowable expenses paid for with PPP funds by aligning state law with federal law.

Evers signed Assembly Bill 2 (AB 2) after the Assembly and Senate passed the proposal with overwhelming bipartisan support. AB 2, now 2021 Wisconsin Act 1, will prevent an unprecedented $450 million tax on main street at a time when many businesses are struggling to hang on, according to the WPMCA.

The Wisconsin Department of Revenue had previously announced it considered expenses paid by Round 1 Paycheck Protection Program funds as non-deductible for Wisconsin income tax purposes. If PPP funds were used for the intended and allowable purposes to pay employees, mortgages and utilities, those expenses would not have been deductible from 2020 state income taxes.

The WPMCA again thanked its members who took the time to urge their legislators to oppose the tax increase, noting that those contacts made a difference and were critical in getting AB 2 to the Governor for his signature.