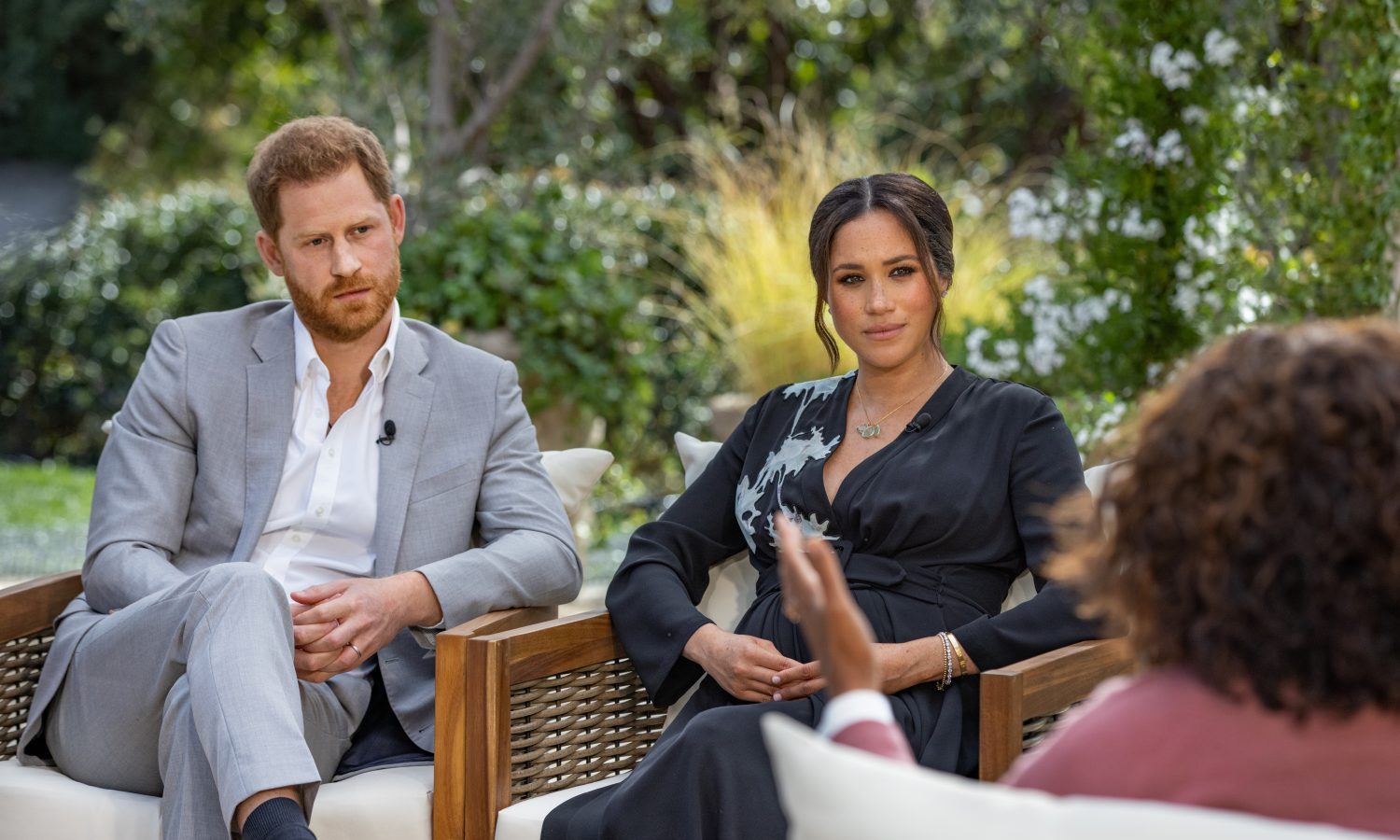 Meghan Markle and Prince Harry’s much anticipated interview with Oprah aired last night. Viewers were shocked by the bombshells that were dropped during the sit-down, and the sincerity with which the Sussexes spoke candidly about their experiences in the monarchy.

Oprah gave the expectant couple (Harry revealed they’re expecting a baby girl this summer) the space to discuss some of their most pressing experiences, delving into topics such as Meghan’s racist treatment and her deteriorating mental health that left her contemplating suicide.

The interview held everyone’s attention, illustrating more of the story that royal followers already suspected. Social media was entranced throughout, showcasing reactions that ranged from creative jokes and outrage, to a mashup of Royals and WandaVision memes. Here are some of the best reactions that were posted online:

Holy shit, ALL the secrets are coming out in this interview ???? pic.twitter.com/WuUt7IUcbk

RELATED: How Meghan And Harry’s LA Pregnancy Pic Was Taken From London

the writers of the crown rn #OprahMeghanHarrypic.twitter.com/ANYSewnben

THE CROWN PRODUCERS BETTER BE WORKING OVERTIME BECAUSE THIS IS WHERE ITS AT. THIS IS THE SEASON FINALE #OprahMeghanHarrypic.twitter.com/CJTiVrCxr5

“I didn’t google my husband.” #HarryandMeghanonOprahpic.twitter.com/UCxo1yRWEU

Meghan is very careful with how she talks but harry is like: #HarryandMeghanonOprahpic.twitter.com/sHoD7Q6hQk

Me on my first shift as security for Harry and Meghan #HarryandMeghanonOprahpic.twitter.com/LPFByaKYAD

Meghan became suicidal and asked for help and they fucking said no????? #OprahMeghanHarrypic.twitter.com/Wry4j1Dx4U

*everybody laughing*
Oprah: back to that question you dodged

Hol’up! Kate made her cry?
Over some flower girl dresses??
But the tabloids reversed the story???#OprahMeghanHarrypic.twitter.com/wTiQb5olVD