Despite the pandemic of 2020 disrupting the economy, cannabis advocates still pushed for the legalization and decriminalization of marijuana in their state. 2020 has shown to be quite a good year for the US with more than 4 states legalizing either recreational and medical marijuana. Cannabis laws continue to progress throughout states in the USA. Las Vegas cannabis laws have allowed this state to reap in a lot of money from taxation of it, they hit a record in fact with 9.8 million generated from sales earlier this year.

Early this year South Dakota approved of two ballot initiatives which would legalize marijuana for both recreational and medical use. With the passing of South Dakota, Constitutional Amendment A citizens of the state that are over the age of 21 can legally purchase, use, and possess marijuana for recreational use. Under this new South Dakota marijuana law, a citizen of the state can legally possess up to 1 ounce of marijuana where no more than 8 grams may be in a concentrated form. With the legalization of recreational cannabis, individuals can also choose to cultivate cannabis for recreational use. The proposed cultivation limit is 3 growing plants but no more than 6 plants per household. As with other states that have legalized recreational weed, it is essential to ensure any marijuana grown remains within private property and away from the public eye. South Dakota Initiated Measure 26, which establishes a medical marijuana program for citizens with a recognized debilitating medical condition. The medical marijuana law would be regulated and monitored by the South Dakota Department of Health. It allows patients to cultivate marijuana for personal use as well as possess up to 3 ounces of cannabis for medical use.

Another state making headlines is Arizona, early this year Arizona Proposition 207 appeared on the November ballots. The Proposition titled Marijuana Legalization Initiative approved in 2020 allow individuals 21 years and older to legally possess, purchase, and use marijuana for recreational purposes. The Arizona marijuana laws allow adults to possess up to one ounce of cannabis, of which no more than 5 grams can be in a concentrated form. The initiative would also permit Arizonian citizens to cultivate up to 6 marijuana plants per household. Arizona Proposition 207 will be regulated by the Arizona Department of Health Services (DHS) who predicts sales for recreational marijuana will begin as early as June 1 2021. 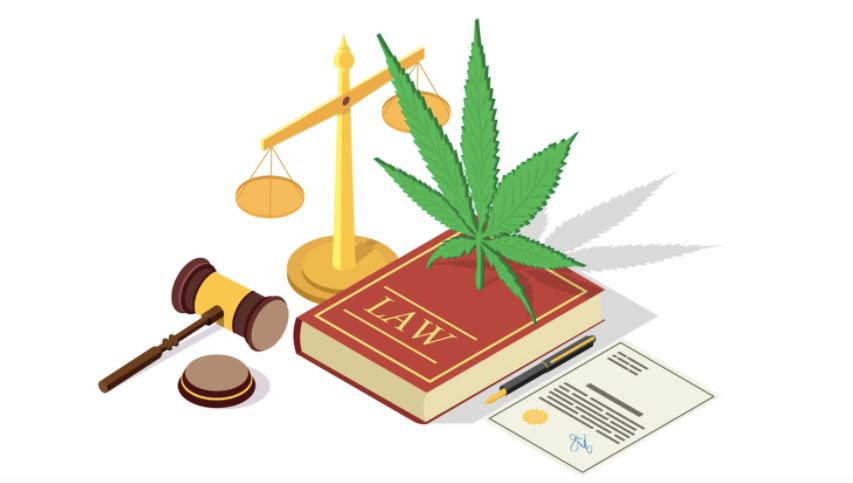 A conservative state, recreational marijuana remains to be illegal in the state of Mississippi. However, not all citizens are against marijuana use. Earlier this year a measure initiated by the citizens of the state appeared in the November 2020 ballot. Initiative Measure 65 aimed to amend the Mississippi Constitution, which would allow patients with a qualifying medical condition to seek medical marijuana for therapeutic purposes. As with many state medical marijuana programs, a patient may only receive medical marijuana after they’ve consulted a state-licensed physician.

On November 3 2020 Montana state officials approved Initiative No.190 (also known as Montana I-90) legalizing the recreational use of marijuana. Initiative No.190 approved this year appoints the Department of Revenue responsible for regulating cannabis licensing, cultivation, transportation, and sales within the state of Montana. Consequently, the state amended CI-118 that now allows people by the initiative or legislature to establish an age limit for individuals interested in purchasing marijuana.

Under initiative individuals, over 21 years old can legally purchase, possess, and use up to one ounce of marijuana, of which no more can be 8 grams of concentrate. Adults can also choose to cultivate marijuana within the privacy of their own home. Currently, the limit for homegrown cultivation is no more than 4 cannabis plants per household.

So, when can you start buying recreational weed in Montana? The state estimates that the Montana Marijuana Regulation and Taxation Act will take effect on October 1 2021. The Department of Revenue is yet to establish more concrete rules and regulations for taxation and dispensary licensing.

New Jersey cannabis law now permits adults over the age of 21 years and older to legally possess, use, and cultivate marijuana for recreational use. New Jersey Public Question 1, which sought to legalize recreational cannabis received a 67% ultimately leading to the legalization of marijuana. The amendment is expected to take effect on January 1, 2021. As of November 16, 2020, the possession of up to 6 ounces of marijuana became legal as well the state introduced a new bill which would expunge provisions related to cannabis use.

In the state of Idaho, the possession, use, transportation, and cultivation of marijuana remains to be illegal. Both medical and recreational cannabis remains illegal under state laws. Earlier this year, citizens did push for the establishment of the Idaho Medical Marijuana Initiative on the 2020 ballot which would establish a medical marijuana program in the state. Unfortunately, the petition did not receive enough votes likely due to self-isolation during the pandemic. The state considers marijuana as a Schedule I controlled drug; it is a felony to possess and use cannabis. Those caught with cannabis are subject to a hefty fine and jail time.

Idaho is the only state with complete cannabis prohibition, but all hope is not lost. In 2019 a poll showed that 73% of the state’s citizens were supportive of medical marijuana. This, of course, would mean that cannabis does indeed have a promising future in Idaho and will likely appear in the 2022 state ballot.

Under state laws, both recreational and medical marijuana remains to be illegal in the state of Texas. But, Texas marijuana laws could change soon. Texas lawmakers are seeking to reform the current cannabis state laws which are deemed “outdated.” Lawmakers are seeking to not only introduce a medical marijuana program but also to consider legalizing cannabis for recreational use. If you’re a citizen of the state and are in full support of ending the cannabis prohibition, then let your lawmakers know and support the 2021 reform session.