A newly-released poll of likely voters shows Arizonans favor legalizing recreational use of marijuana through a ballot measure that will be decided in the November election.

A Suffolk University/USA TODAY Network live-interview poll from Sept. 26-30 found support for Proposition 207 came in at 45.6% versus 34.2% opposed, with about 19% of the 500 likely voters surveyed still undecided, AZ Central reported.

The Smart and Safe Arizona Act would allow for adults 21 and over to possess as much as an ounce of marijuana and permit sales at around 130 existing medical-marijuana dispensaries in the state. 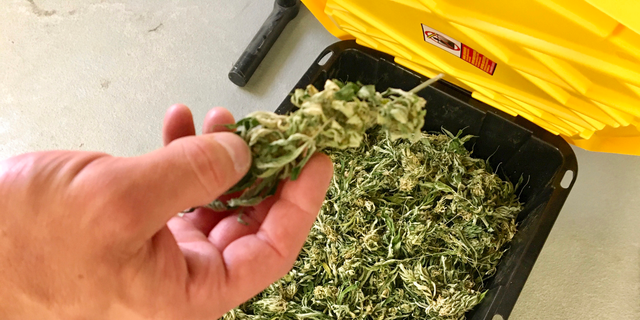 The legislation would also let those previously convicted of crimes that would no longer be illegal under the act to have their records expunged.

Proposition 207 would place a 16% excise tax on recreational marijuana sales and offer 26 retail licenses to those historically disadvantaged by marijuana laws.

While the poll was relatively evenly split – with a margin of error of plus or minus 4.4 percentage points – it may have undercounted Republicans, who had a 2.4% registration advantage in Arizona, according to AZ Central.

Democrats heavily support the act, with 59% of respondents saying they will vote for it. Republicans only give the measure 30% support.

A similar poll of 800 likely Copper State voters released last week showed a wider margin of support, with 50% of respondents saying they would vote to approve the measure, and 34% opposed.

The campaign to approve the law is drawing nearly all of its funding from medical marijuana dispensaries in Arizona.

While the measure faces an opposition campaign, AZ Central reported Friday that the group is far less active and carries a smaller bankroll.