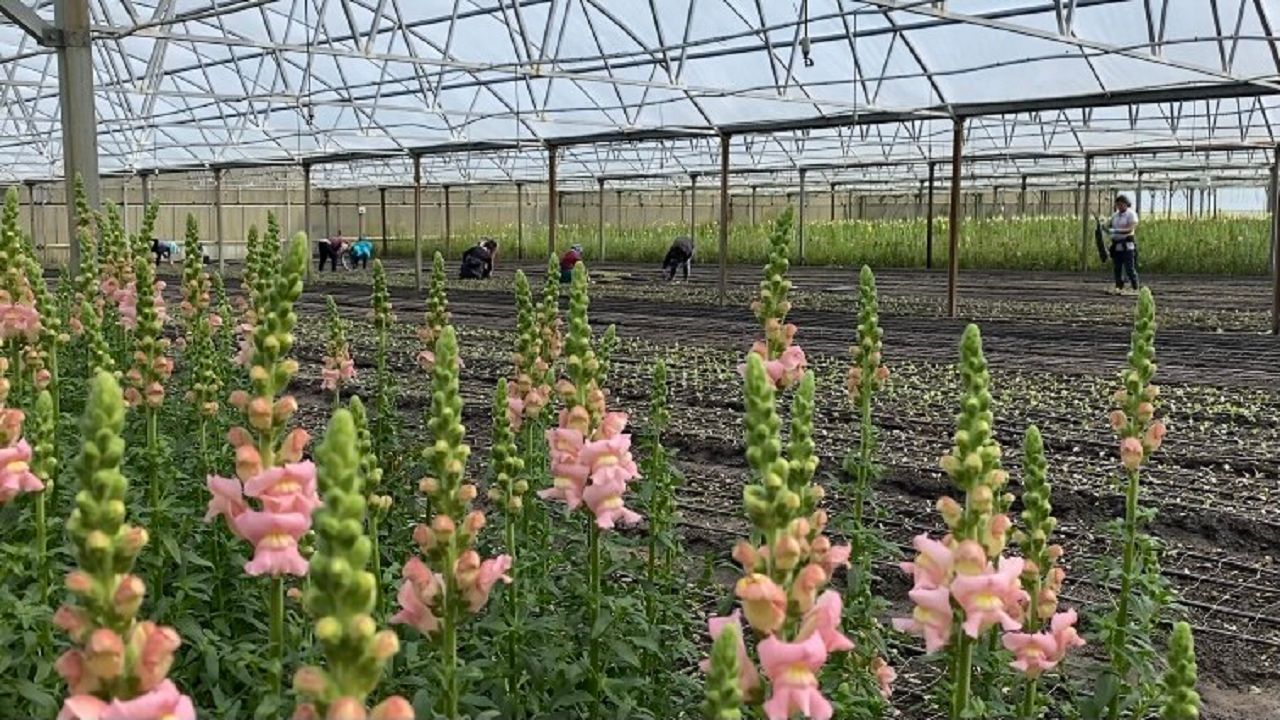 He grew up on a bulb farm in the Netherlands, and now he says it’s in his blood. His grandfather’s kids worked for him, then Mark’s dad worked for his grandfather before visiting an aunt in the United States and ultimately ending up in Castle Hayne, North Carolina.

In 2004, Hommes and his parter Edwin van de Bovenkamp bought the farm and have been expanding it since. Now, the farm has a whopping seven acres of greenhouses and 30 acres of fields for outdoor crops. While business has been blooming for the most part, the farm has also faced many challenges.

“Yea, it’s been a roller coaster ride,” Hommes says. “I mean, things went well in the beginning, then we had a few hurricanes, Florence almost took us out of business, took all the roofs off all these greenhouses. Then we had Darien the year after that, did some more damage, and last year we had COVID.”

The COVID-19 pandemic was especially rough on the farm. Hommes says that just two weeks into last March, business saw a dramatic decrease.

“We have purchase orders with Whole Foods, The Fresh Market, other groceries chains and grocery stores did fine under the lockdown as far as selling toilet paper, and meat, and produce, but they all canceled their flower orders, no one was buying flowers,” he says.

The pandemic’s impact on the flower industry isn’t just felt in North Carolina, it’s something that has been seen around the world.

“Because of COVID, and the supply lines being disrupted, there’s not as many planes coming in from Ecuador, and Colombia, and Costa Rica,” Hommes says. “So a lot of farms in South America have been effected, some of them have even shut down.”

For Castle Hayne Farms, things are looking up.

“Flower business has turned around now, it’s healthy again, and we’re back to where we used to be with planting and sales,” Hommes says.

For Hommes, all the stress is worth it.

“It’s rewarding, it can be stressful, you can run into diseases, damage from Mother Nature, flooding, wind, or hail. But if you do plant a crop and you harvest everything and the quality is really nice and you get compliments from your customers, yea, it’s a rewarding trade,” he adds.

The farm is looking forward to the spring season. In addition to flowers, they also plant vegetables in the summer months and have a separate CBD business and hemp flowers on site. You can learn more about the farm on their website.