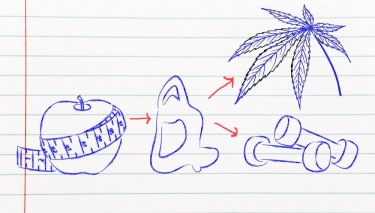 Notions of health are evolving and while for the last 100 years or so science considered the mind and body as different entities, these days there are more researchers that are comfortable overlapping factors between the two.

For example, it has long been an accepted truth that our emotional states have a direct impact on our physical body. Stress will have a negative impact on the immune system and may elevate blood pressure and reduce one’s ability for critical thinking.

Your state of mind has a direct impact on a wide range of physiological processes and in many cases when people are faced with physical ailments there is a direct connection to some sort of emotional trauma.

What makes cannabis such a unique medical option is that it impacts what researchers called psychoneuroimmunology. Psychoneuroimmunology is the study of the interaction between psychological processes (the mind) and the systems of the body (BODY).

When something is out of place or not operating optimally, the endo cannabinoid system sends neurotransmitters known as “endo-cannabinoids” to help regulate the processes until everything is back to normal.

The impact of cannabis on the psyche

People who suffer from anxiety, stress, depression, and conditions such as PTSD have found significant relief in the use of cannabis. In fact, when we are talking about PTSD, cannabis has shown to disrupt the traumatic feedback loop which is the primary affliction that accompanies look condition.

However, neurologically speaking disorders such as depression and anxiety disorders could also be due to an imbalance within the brain chemistry. If cannabis is a master system aimed at maintaining homeostasis, these effects extend to brain chemistry as well. There are currently numerous studies being conducted on this very hypothesis.

The endo cannabinoid system also helps regulate things such as sleep and mood which all are hallmarks of optimal health.

The impact of cannabis on the body

In many cases, when patients first try cannabis for any ailment, they report feeling a jolt of vitality and general wellbeing as a side effect. This could very well be due to an endo cannabinoid deficiency they have been suffering and was replenished by the phytocannabinoids found in cannabis.

There is currently a wealth of research being conducted on the physical benefits of cannabis, individual cannabinoids, terpenes, and flavonoids.

There are many people that subscribe to the idea that cannabis should only be used for medical purposes. However, considering that cannabis contains phytocannabinoids that seamlessly integrate with our own endo cannabinoid system – one could argue that regular consumption of cannabis is preventative health.

Of course, you don’t need to be smoking bongs to be consuming cannabis considering that tinctures, oils, concentrates, salves, and many more presentations are available. And while many people believe that CBD is enough to replenish the endo cannabinoid system, the truth is that whole plant extract is far superior.

Cannabis is a tool within our Arsenal of health and Wellness that not only benefits the mind but also the body.

Cannabis as the first defense

I believe that over the years we will turn to cannabis as the first defense against a myriad of diseases and conditions. We have already seen the positive impact it has had on opioid deaths within states that have legalized medical cannabis.

The next major shift in paradigm will be towards safer mental health alternatives. Medication that is currently being used to treat ADHD, depression, anxiety, etc, may cause some severe side effects that many patients do not appreciate.

If cannabis can provide the relief that these patients seek without the grogginess or fogginess associated with these pharmaceutical drugs – then it would make sense to use a less dangerous approach, than the pharmaceutical option.

Currently, cannabis research is in its infancy. After 50 years of suppressing the scientific narrative around cannabis, the industry is finally opening that box once more. As the medicines become more precise and we understand the neurological and physiological interactions between cannabis and ourselves – I can see cannabis becoming the 1st wave against a great number of conditions and issues. 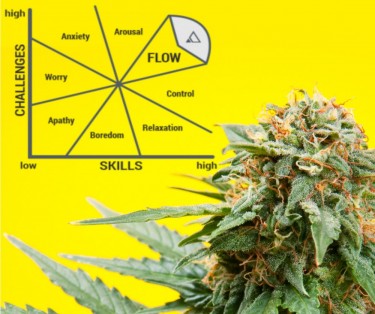