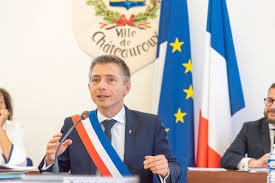 In late September, three French mayors, Gil Avérous (Châteauroux), Boris Ravignon (Charleville-Mézières) and Arnaud Robinet (Reims), have begun to speak out as a group – and for recreational reform.

Their main concerns? That 1.5 million regular users will continue to have to buy from the black market. And of course that the black market encourages criminality and money laundering – to the tune of at least 1.2 billion euros a year.

It may not sound like much of a response, even though they are also challenging other politicians and at all levels to join this campaign.

A Brief History of Cannabis In The Land of “Vive La Revolution!”

Perhaps it seems strange to foreigners that the home of democratic revolutions, as well as infamous lines from the last nobility to party on – as in “Let them eat cake,” would be slow adapt to the canna revolution. However, slow it certainly has been.

As of 2013, France changed the law (in place since 1953) to allow limited medical use. And as of September 1, 2020, the penalty for being found with cannabis as a user was reduced to a 200 euro fine with no police custody.