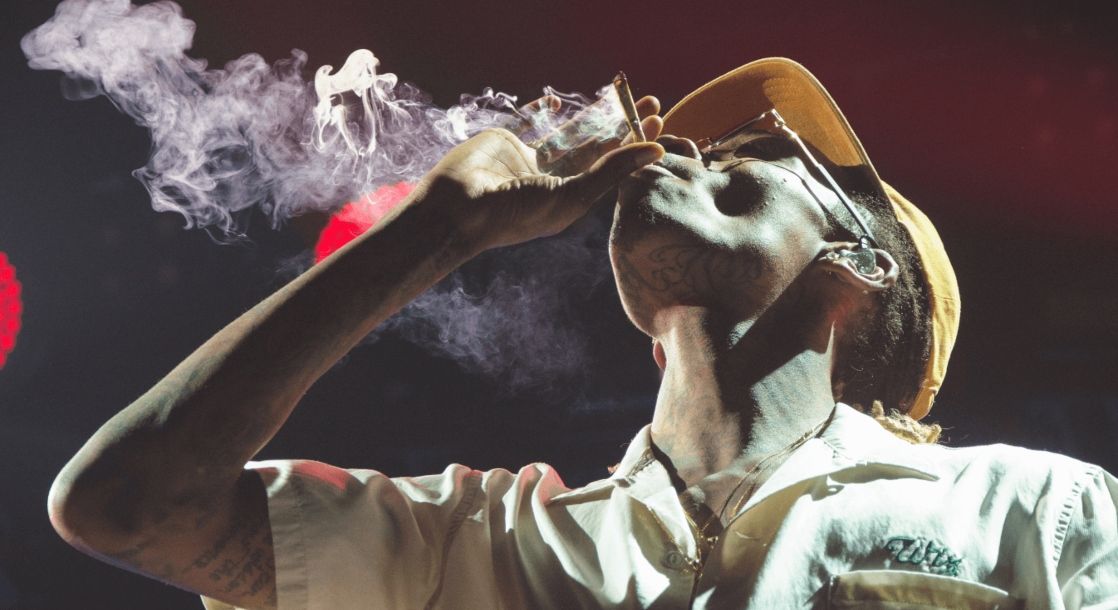 Why not start with Wiz’s “Blazed Ends” barbecue and a side of “Chip Hits,” then wrap up your munchie-fest with a “Mile High Brownie”?

Hip-hop icon Wiz Khalifa is prepping to set Houston ablaze with his new reefer-themed eatery, a restaurant appropriately named Hotbox by Wiz. The motto says it all: “Light up. Bite down.”

Operating as a ghost kitchen, the delivery-only Hot Box will offer a cannabis-friendly array of Wiz’s favorite culinary concoctions. Each dish will pay tribute to the rapper’s life, music, and/or his love of the green goddess.

“Blazed Ends,” for example, are crisp, savory burnt brisket ends swimming in barbecue sauce that’s sweet and, of course, smoky. The “Taylor Gang Turkey Burger” comes with a side of crunchy “Chip Hits,” and “Mac and Yellow” mac-and-cheese is named after one of Wiz’s original chart-topping jams. Dessert choices include a “Mile High Brownie.” Seems delicious.

And that’s just for starters. The full menu remains yet to be revealed. Some clues might be gleaned, though, from Wiz’s 2012 sit-down with Hot 97’s DJ Enuff.

While based in Houston, Hotbox by Wiz offerings will be available after launch in DC, Denver, Pittsburgh, San Diego, Washington, and Indianapolis by way of third-party delivery apps, including Uber Eats, DoorDash, Postmates, and Grubhub.

For Wiz, Hotbox is just his latest marijuana-related undertaking. His existing elevated businesses include Khalifa Kush, a signature weed strain; an international line of weed-infused concentrates and oils; and a weed farming video game mobile app.

In 2019, Wiz even took his first foray into stoner food favorites by starring in his own Oreo commercial. It’s a 30-second charmer guaranteed to warm your heart and ignite your munchified craving for those milk-dunkable delights.

Here at MERRY JANE, we’re hoping Wiz might partner with Snoop Dogg to feature the Doggfather’s “Chip Fried Chicken Wings” or any other toke-related taste sensations from Snoop’s cookbook, From Crook to Cook: Platinum Recipes from Tha Boss Dogg’s Kitchen, at Hotbox. Maybe Snoop and Wiz can even collaborate on ice cream “Kush Ups.” Give the people what they want!

Mike McPadden is the author of “Heavy Metal Movies” and the upcoming “Last American Virgins.” He writes about movies, music, and crime in Chicago. Twitter @mcbeardo